Jah Works is a non-for-profit organization that benefits the public through environmental conservation & educational services.


We preserve the earth in every way we can. Our first order of business is trash clean ups, the grunt work. Unfortunately there is a separation from humanity and our mother, this space is ever expansive as the trash we pollute accumulates, filling the void separating us further. At Jah Works we know there are many underprivileged communities that would benefit from recycled materials. Some of these materials can be books for schools, shoes and clothing,

Jah is God in the Rastafari faith which is the force that moves us. There is one man that fulfills the prophecy of Christ return in the flesh from the seed of Jacob, through the lineage and direct descendant of King David and King Solomon, Emperor Haile Selassie I. This man was the last monarch in the Solomonic Dynasty in Ethiopia. He has collections of speeches touching on topics from leadership, international relations, work, advice to students, responsilibility, and much more. Needless to say he is a well educated and very special man, according to the people who have met him, especially those of the Rastafari livity.

Emperor Haile Selassie I was crowned King of Kings and Lord of Lords Conquering the Lion of the Tribe of Judah. His title Haile Selassie I which means power of the trinity. He is the last emperor through the Solomonic Dynasty

Jah "Works' is doing the work of God, by restoring His creation

We see it fit to incorporate as many tactics to reduce our carbon footprint as a human race. Our obsolete mission is to reduce waste and preserve the earth.

Our philosophy begins within the journey of self, self-awareness, self-actualization, the moral guide within. Give and you will receive in return, what goes around comes around, you reap what you sow. There are many expressions we may be familiar with about how helping or giving to the cause higher than self helps us along our own journey.

The body is your temple it is more commonly said in Christianity as the church is the people. We have to take care of our selves, feed ourselves properly, what goes on and in our bodies, and our surroundings, plays a role in what it is defining our character. If we practice wellness not only will our body thank us but our mind, spirit, and emotion will follow.

We know we shouldn't pollute our bodies, we shouldn't pollute the earth the same way. It is the one thing we all share and have to protect not only for ourselves and each other, but we owe it to future generations that deserve to see the earth in its most natural state. Without melted ice caps, deforestation, or mass extinction. Morality is the ultimate law and it reigns high above every other, we know littering is bad yet so many do it. Jah Works is accountability, 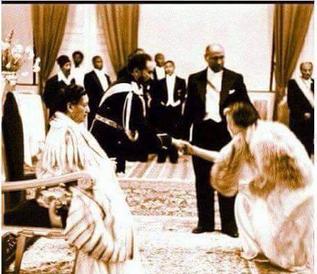 We are the generation of change